Flying In Formation is both an artwork and an illusion. It is a multifaceted, dimensional art screen and chandelier initially conceived and fabricated for the renovation of the amenity space at the Zeckendorf Towers, originally designed by Davis Brody in 1987. The artwork serves as a screen to camouflage the wall upon which it rests and reflects light back into the room, giving the illusion of a much larger space while activating the plane of the ceiling, accentuating the height of the room.

The piece, designed by SPAN Architecture and crafted by Amuneal, consists of mirror polished stainless flat bars that hold diamond shaped elements of fizfelt, satin brass, and blackened bronze. Each of the 900 diamonds are lasercut and CNC formed into (3) orientations of the folded forms offering (3) different planes on which the diamonds exist. Each diamond was hand-patinated in one of two different finishes and, when combined with the felt, the light and the shadow create a deeper visual texture and density. A digital script was created to turn the 12 foot high wall screen into a hanging mobile that appears to deconstruct as it leaves the center armature.

Intentionally dense at the bottom and diffused at the top, the central feature rises from the floor, where the elements appear to “jump” from the vertical screen and dissipate away horizontally along the ceiling supported by mirror polished stainless steel rods. The shadows that dance across every surface are as intentional as each element’s placement on the custom piece.

The varying transparency of the composition allows the viewer to partially look through the screen and see the activity and color of the space in the reflection, alluding to a space inhabited beyond the screen. The dimensional piece became something to look at and to look through. It is a homage to the palette of the late 80’s married to a technical and material achievement of today. 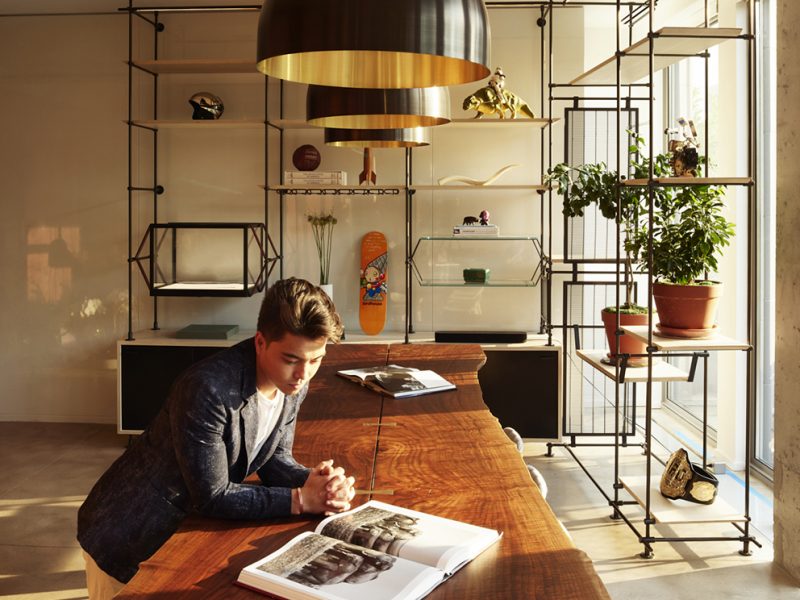 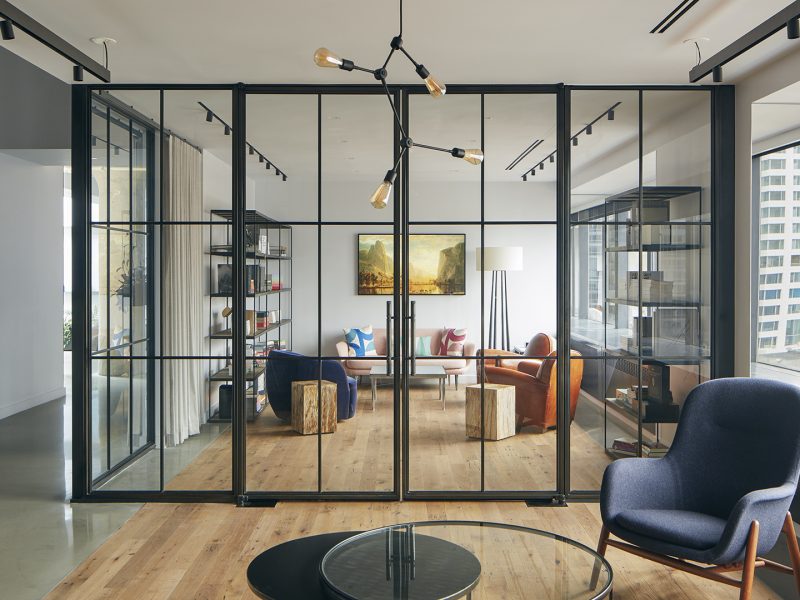 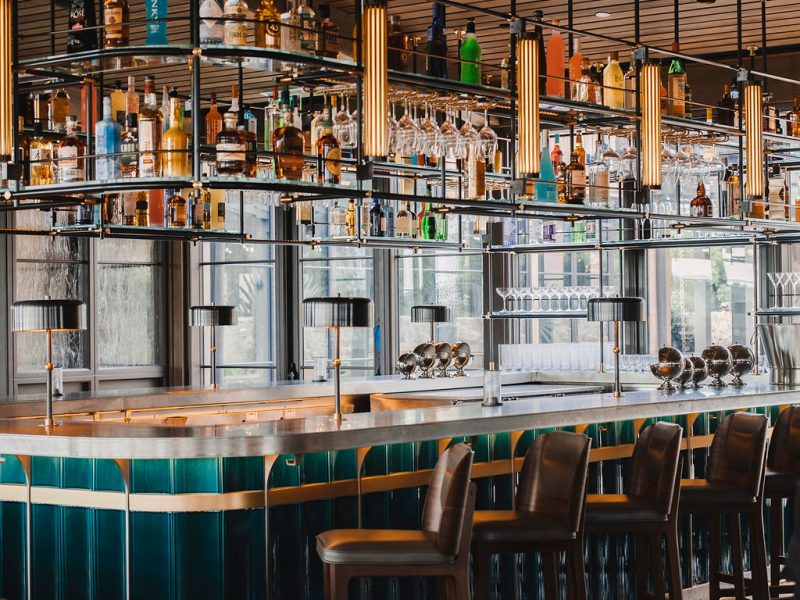 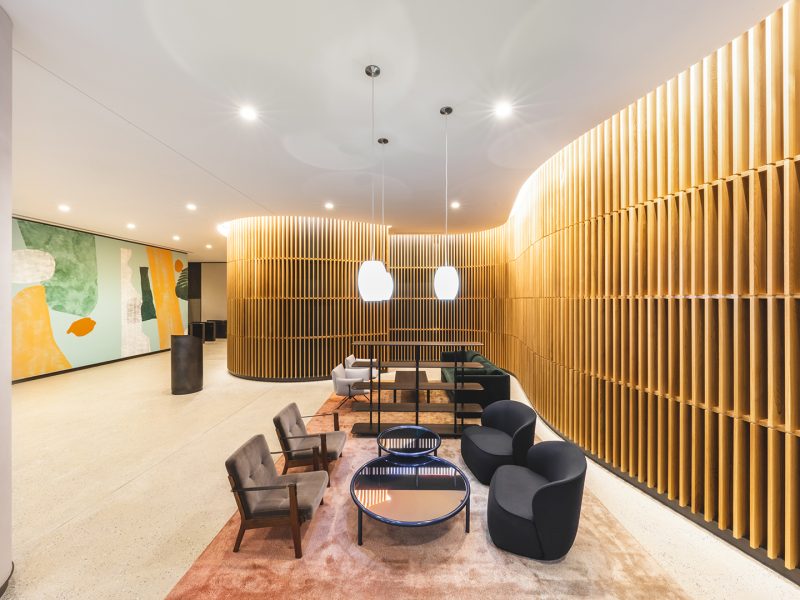 If you're interested in seeing the showroom, check out our virtual tour.

Any questions or to schedule a visit? contact us.

And if you just want to stay up to date on the latest news + upcoming projects, subscribe below!

Thank you for subscribing.